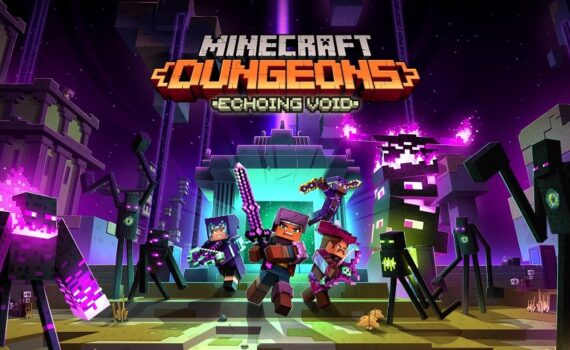 Each DLC release usually brings several new levels, new enemies, new items, and new free content for players to enjoy. The Echoing Void DLC is no different, sporting three new levels for players to conquer, as well as a plethora of new items and enchantments for players to discover. It’s one of Minecraft Dungeons’ biggest updates so far, and brings an end to the story of the Arch-Illager and the Orb of Dominance.Minecraft Dungeons’ Echoing Void DLC and its corresponding free update are available now. Here are all the biggest additions and changes added by Mojang, from terrifying new enemies to battle to the maze-like Gauntlet of Gales mission.

The base version of Minecraft Dungeons is getting new enchantments, like Void Strike, Shadow Blast, and Ambush from the Echoing Void DLC, with various existing enchantments now being available on additional weapon types as well. A new free mission, the Gauntlet of Gales, has also been added, and Minecraft.net says it will contain challenges “that require everything from wit and cunning to endurance and determination.” The maze-like mission is filled with puzzles and combat trials to overcome, and can be accessed from the game’s mission map once the update is installed. Loot obtained from this mission includes loot previously exclusive to the Minecraft Dungeons Howling Peaks DLC, which should give players of the base game something to be excited about.

Players who purchase the Echoing Void DLC will have three new missions to overcome, as players journey deep into the void and face all new enemy types like the Enderlings. These new missions include brand-new mechanics, like gliding through the sky to reach new areas. Four new artifacts have also been added, like the Tome of Duplication and the Void Quiver, and there are two new skins in addition to a new pet, the Endermite. Three new pieces of legendary armor have been added, as well as new Minecraft Dungeons weapons, including five new legendaries. It wouldn’t be a new Minecraft Dungeons update without new achievements and trophies to claim, and so ten new ones for players to earn have been added as well.

A whole host of bug fixes and tweaks are also coming to the game. Players who are downed can now collect emeralds, for example, and arena battles can now be completed even if a mob has fallen underground. More hidden chests have been added to the Minecraft Dungeons Creeping Winter DLC, which Mojang says will substantially increase the amount of loot players obtain from those missions. There are also smaller UI improvements, like the Dolphin’s Grace effect now getting its own icon and Ancient Mob icons now being on the Ancient Hunt screen after being defeated.

Overall, it’s a solid mix of small improvements along with substantial new content for players who both decide to purchase the new DLC and those who are still content to play the base version of the game. Mojang has done much to support Minecraft Dungeons to this point, and it hasn’t yet shown signs of slowing down.