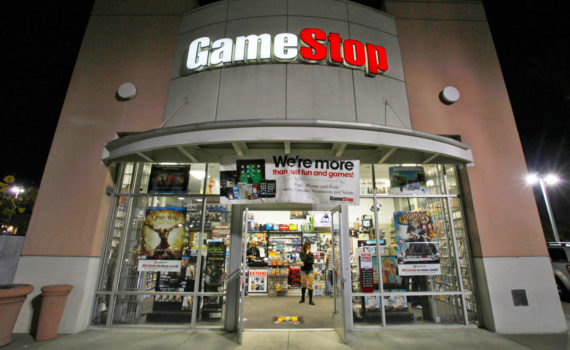 Video game retailer GameStop hasn’t been doing too well in recent years, and the hits don’t stop coming. GameStop held its second quarter earnings call today, announcing that it would be closing down between 180-200 “underperforming” stores this year. This announcement follows a couple massive rounds of layoffs, including one that affected a large portion of the editorial staff at Game Informer.

GameStop currently operates more than 5700 stores worldwide, and earnings call indicated that a majority of them were profitable. The total number of “opportunistic” closures based on performance alone amounts to fewer than 5% of GameStop’s brick and mortar locations. Gamesindustry.biz reports that this is the beginning of on ongoing effort that will result in a “much larger tranche” of additional locations closing down over the next two years.

While that is an impressive statistic, we have a clear opportunity to improve our overall profitability by de-densifying our chain. That work is well underway. We are on track to close between 180 and 200 underperforming stores globally by the end of this fiscal year. And while these closures were more opportunistic, we are applying a more definitive, analytic approach, including profit levels and sales transferability, that we expect will yield a much larger tranche of closures over the coming 12 to 24 months.”

These drastic moves are in an effort to revitalize the retailer with a complete revamp of the GameStop identity as more and more business is pushed to digital storefronts and fast physical shipping from online retailers like Amazon. GameStop also has to compete with other brick-and-mortar stores like Walmart, Target, and Best Buy carrying video games. GameStop also noted that the end of the current console generation is partially to blame for the losses that it’s been experiencing, as well as console manufacturers confirming the upcoming launches earlier than they have in the past.

For Q2, GameStop posted a net loss of $415 million and an adjusted net loss of $32 million. While individual store locations may be profitable, that isn’t translating to a wider profit for the company. In after-hours trading today, GameStop shares were below $5 each, a massive drop of nearly 15%, despite previous investment from The Big Short guy.