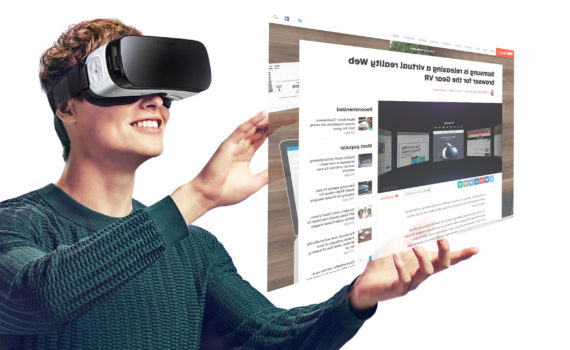 The focus of this year’s Develop, the annual game developer conference held in Brighton, was unmistakable: virtual reality. The aim of conference is to highlight and discuss current trends. This year, however, VR dominated the schedule to the extent that sometimes it was difficult to find a non-VR talk to attend, but with so many developers and other industry members in one place there were plenty of other discussions on the fringes. At least until Pokémon Go came out.

In a Q&A session, Vlambeer’s Rami Ismail said: “The industry moves so fast that I think a lot of advice from two years ago, unless it’s very generic advice, does not really apply in the same way anymore.”

Here, then, is what we heard the games industry talking about this year, and what could change the way games are made in the near future.

1. VR with friends rather than alone

Proponents of virtual reality are eager to fight back against one of the platform’s key criticisms: that it’s isolating. Dave Ranyard, previously studio head of Sony London and now an independent VR developer, made clear at a panel discussion that he believes the future of VR is a social one, and that it will be about being transported to another place and doing something cool with your friends.

In the opening keynote, Oculus’s head of developer strategy, Anna Sweet, said: “When you get two people together in a virtual space, and you actually get to see how they move and how they talk, and how they interact with the world, it lets you connect as if you were really actually in that room with them. And it’s pretty powerful.” She recounted a story where two people who had never met, but had spent 10 minutes in a VR space together, were able to recognise each other by the way they moved. Solomon Rogers, co-founder of a VR creative agency called Rewind, told a very similar story in his talk “Consumer Virtual Reality – Hope or Hype?”, describing his ability to recognise another VR player as his wife from her gestures alone.

VR and its experimental tech contemporaries are exploring new ways to incorporate the body as more than just an anchor to the physical world. As Ghislaine Boddington, creative director of body>data>space, noted in her talk on virtual reality and the “internet of bodies”, the hope for the future is in recognising and augmenting physical bodies in games and play. She offers technologies like programmable gels used with the body in more intimate ways, such as rubbing “gels on to erogenous zones”, allowing partners to “connect together at a distance”.

Boddington also noted the future of physically collaborative and increasingly social spaces in AR, as seen in the very popular Pokémon Go: “Pokémon Go is definitely a collaborative share space. The Pokémon Go site, along with many others, allow the individual to join with the group into the middle, both in a physical and a virtual way.”

3. The future of augmented reality

Pokémon Go came to the UK on the third and last day of the conference, and it felt like everyone in Brighton was catching Magikarp and Shellder and Seel and all the other water Pokémon the seaside town had to offer. Had this international hit been available a little earlier, the conference schedule would surely have contained a few more panels about augmented reality. Whether we can expect to see an AR-heavy Develop 2017 will depend on whether Pokémon Go represents the start of a new trend, or if it’s simply a one-off success carried by an already successful brand.

Hunicke might not be looking to make the next Pokémon Go, but she’s still interested in the potential of augmented-reality games that “make the world more silly and joyful, and less logical”.

4. The next step for mobile: TV

As consoles evolve into something more resembling multimedia entertainment devices than dedicated gaming machines, it seems that everyone wants in on the widespread accessibility of the dominating mobile market model. Ismail thinks this points the next stop for tablets and smartphones: “If mobile really wants to make the next step, what it’s going to do is connect to TVs.”

Mediatonic’s Jo Haslam reports that the number of UK households with only one television set has increased, from 35% a decade ago to 41% now, and she says mobile screens are the reason. With 70% of smartphone owners in the US playing mobile games monthly, the need for separate television sets in homes to play games has become unnecessary. While mobile devices might have their technical limitations, Haslam says the aim of successful mobile, and social, game design is to “never let tech get in the way of a good idea”. The overwhelming success of Pokémon Go, despite the app’s many failings, should settle the console/mobile war solidly in favour of the handheld.

5. The rise of specialised stores

The number of games on Steam is on the rise, and with it, the number of games that go unplayed or unnoticed. Nearly 37% of all registered Steam games go unplayed , and it’s no secret that many indie games – even good, critically acclaimed games – get lost amid a sea of other green lit games. In light of this, smaller more specialised distribution services are becoming more important.

The design practice underlying Hunicke’s studio Funomena, and the focus of her keynote, is one she calls “feel engineering”. As Hunicke describes it: “Feel engineering is the process by which you create a game backwards from the feeling you want to create in a person forward towards the mechanics and the dynamics of the game itself.” She notes that while feel engineering isn’t easy, due to its time commitment, high cost, and level of emotional investment asked from development teams, it’s worth it. Hunicke speaks to the positive studio culture of feeling-focused engineering, and its contrast to the toxicity of crunch is evident. “The process of making it is so delightful,” she adds. “It’s so much better than anything I’ve ever done.”

Youtube and Twitch have been key players in the games industry for a few years now, but recently the kinds of celebrity YouTubers that Ian Baverstock, cofounder of publisher Chilled Mouse, said last year were “parasitically living off the games industry” have come under scrutiny.

When asked whether he would distance himself from YouTubers who were found to accept undisclosed payment in exchange for positive reviews, Ismail said, “There’s no value in a review like that anymore, right? If somebody is known to take money for a review, then that review is immediately worthless to everybody, so it’s a waste of time and actually kind of reflects poorly on my business when that goes up.”