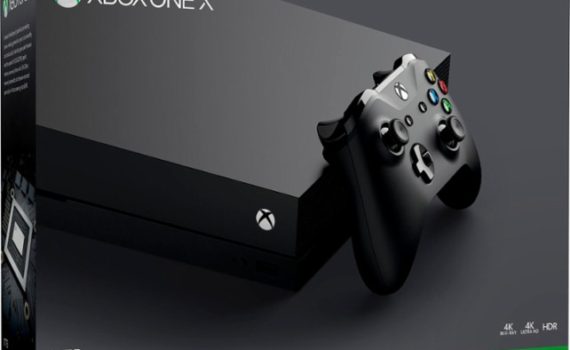 Microsoft put a huge focus on its upcoming Xbox One X during the company’s E3 briefing, highlighting numerous 4K-enhanced titles among 22 games that will have at least temporary exclusivity on the Xbox One. While the system’s $499 price tag will make it a tough sell, the Xbox One X should still manage upwards of 20 million units by 2022, according to DFC Intelligence.

The firm has today issued a new brief that forecasts 17 million units sold by the end of 2021. Those 17 million will bring the Xbox One family of systems up to 63 million, DFC says. It’s worth noting that Sony’s PlayStation 4 already stands at more than 60 million units sold worldwide, with the beefier PS4 Pro accounting for about 20% of sales since it launched late last year.

The problem for Xbox One X is that it’s ultimately designed to cater to a demographic that’s inherently quite small. “Xbox One X is an expensive system designed to appeal to a fairly narrow demographic of gamers who want high quality graphics but do not want to spend money on a high-end PC,” says DFC analyst David Cole. “The challenge is that is a fairly small addressable market, even as sales of 4k television sets start to soar. Both the Nintendo Switch or Sony PlayStation 4 offer a very strong value proposition that consumers seem to be flocking to.”

From the software side, DFC also found that 130 titles are expected to be released for Xbox One between now and 2018, and of those, 25 are exclusive but most will be available for the PC as well. Cole does not believe the exclusives will be a factor in overall hardware sales, however.

“Many of the exclusives are fairly minor indie titles that will probably not take advantage of the enhanced graphics features of the system,” he says. “Furthermore, the leap from 1080 to 4k resolution is simply not as revolutionary as the previous movement from standard definition to high definition.”

DFC’s latest Xbox One X estimate comes as part of its larger global games industry forecast, which states that new hardware along with further growth in the mobile and PC sectors will drive the game industry to reach record sales of $102 billion this year, up 8% over 2016. More info on the report is available here.