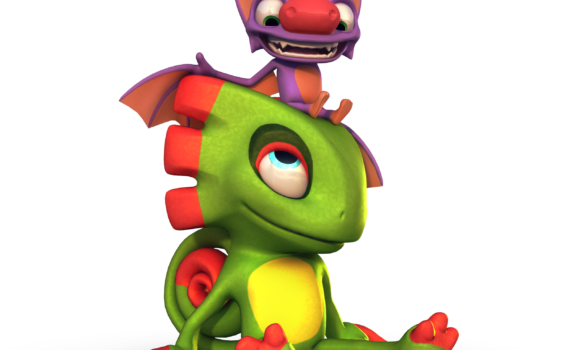 Despite the narrative of digital sales becoming a bigger part of today’s games market, 80% of new releases are bought in a box.

This is a sector within which publisher Sold Out has built its business, and it’s done it rather successfully, too. The current version of this company formed at the beginning of 2014, after being spun out of Mastertronic, producing a turnover of more than £4m in its first year of operation. Now in its third year, the firm is targeting a turnover of between £18m and £20m.

2016 was a sizeable year for Sold Out, too, with the publisher releasing the likes of Worms WMD and Overcooked from Team17, as well as Introversion Software’s Early Access darling Prison Architect and vehicular violence title, Carmageddon: Max Damage.

“We’re now getting traction,” the firm’s boss Garry Williams says. “People are discovering us. In publishing, Year One is about putting your goods out there and having a good year. The second year, we kept putting releases out and gathering more partners. We’re in our third year now, and it’s been all about the consolidation.

“We have the traction and some good people have joined us. We want some more smart people from developers to actually see that gap.”

While the firm’s 2016 was rather promising, what we know of its 2017 release slate is even more impressive. The company has the latest entry in Rebellion’s Sniper Elite series hitting shelves on February 14th, while Yooka-Laylee, the Kickstarter release from former Rare developers Playtonic, launches in April.

“Our Q1 will knock everyone out the park,” Williams says. “They’ll start to take notice. The people who work with us know that we know what we are doing, so they’re happy and not going anywhere. But when you start seeing the chart stuff and see how many copies Sniper Elite 4 sells next month, people will pay attention. Yooka-Laylee will probably do very well, too. There’s a real love from the fans for that product that I just didn’t appreciate. A lot of people didn’t know that the consumers who go into retail are actually really big Nintendo fans and love that sort of game.”

He continues: “Our expectations [for Sniper Elite 4 and Yooka-Laylee] are extremely high. Both of those put us in the Top Ten publisher ranks. That’s a place we haven’t lived before. We have offered great choice and great titles, but now we have the best that we ever had. Then there’s our Q2 – I think we’re going to surprise a lot of people in the second quarter. There are three major releases coming up that are very interesting, which we’re going to announce around GDC.”

“For us, February is great because January sales have finished, people are thinking about buying again and quality rises to the top. You lose all that background noise. All that discovery, all that looking at other stuff just disappears. Those games that launched at the end in Q4 are now down to £20, so your bar really needs to be higher for a £40 product.

In general, despite a rather disappointing Q4 season, Williams is confident about that the games market will increase over the course of 2017.  “The games market is going to grow this year,” he says. “It might come from more digital. We’re not against digital, we have more digital projects in the works, we’re just not talking about them yet. In Q3 and Q4 you’ll probably hear a lot more from us regarding our digital line-up.

“We’re still very much in the boxed market because those developers are still there and we need to take them to market.”