The success behind Farming Simulator 17 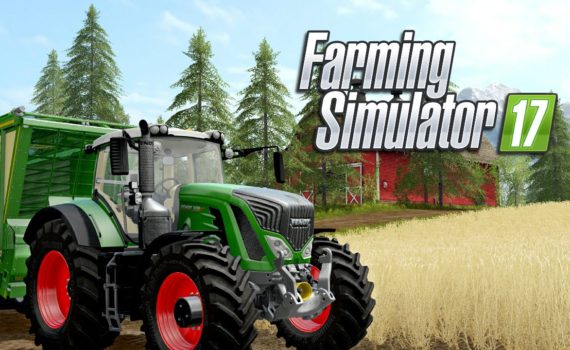 The success behind Farming Simulator 17

There was a surprising statistic in the last press release from Farming Simulator publisher Focus Home Interactive.

The firm announced that over 1 million copies of the new Farming Simulator 17 had been sold in a month. That’s not the surprising part – if you’ve even taken just a passing interest in sim games, you’d have seen how this genre has surged in popularity in recent years (the previous Farming Simulator went on to sell 3m copies in two years).

No, the surprising part of the release was that the PC version of the game was primarily bought via physical retail, and not Steam.

“The Farming Simulator series has a huge and very diverse fan base,” explains Martin Rabl, marketing and PR manager and developer Giants Software.

“Farmers and non-farmers, young people and old people, families and friends. We also reach many people who usually don’t buy a lot of video games, but like the relaxed and non-competitive atmosphere of Farming Simulator. So, while many titles are bought online and digitally, this group of people buys their games in traditional retail stores. This is especially true when they’re looking to buy more than one copy – for example, one for you and one as a present for your kid.”

The simulation genre is often the source of some amusement from the traditional games industry. The idea of spending hours driving a truck across Europe, or managing a train line, or ploughing a field, seems ludicrous in a market filled with products that let you drive the latest Ferrari at high speeds through the streets of London, or fight a futuristic war, or solve puzzles with the aid of a giant bird/dog/griffin.

Yet the reality is that many of the people playing these games don’t even consider themselves gamers. Train Simulator makers Dovetail sees its users as ‘hobbyists’ rather than traditional players. Its audience, the firm says, views buying sim games and the accompanying DLC as the equivalent of picking up a train set and augmenting it with new tracks and trains.

“Yes, I’d say it’s similar in our case,” continues Rabl. “While many of our fans would also call themselves gamers, for many it’s also one of the very few games they actually play. However, I would also say that times have changed. I’m 40 now, and when I was at school it was pretty common that you bought a computer because you wanted to play games. Most parents might not have ever had one. Even less likely your grandparents. Now, my retired dad plays Farming Simulator on his iPad, and when my nephew is visiting them he’s showing him how to use all the vehicles and tools on my nephew’s iPad. Many games are still being made with just the typical gamer in mind, but you could potentially reach people with all kinds of different hobbies who wouldn’t play a video game unless they come across one which overlaps with their interests.”

He continues: “The simulation market has grown in the last few years, but is still relatively small and focused on PC gaming. Nonetheless, we’ve invested a lot into the development of ambitious simulations on PC, consoles and mobile platforms. It’s great to see that the community is now growing on so many different platforms. We also put many resources into the implementation of an online multiplayer mode, which is not so common in the simulation genre, but more and more players enjoy playing this type of game together.”

Of course, creating successful products in these niche categories can be tricky, particularly when it comes to finding talent. Farming Simulator requires developers that don’t just know how to code a title, but understand what matters to farmers. Fortunately for Giants Software, the game’s dedicated modding community has supplied the answer.

“Around one third of our developers were hired from the Farming Simulator community,” Rabl says. “One of the reasons for this is that they are usually experienced Farming Simulator modders and therefore already have proven experience in creating content for the game.”

Giants is a 30-strong team based across two offices in Zurich and Erlangen. The continued success of Farming Simulator, the firm says, has allowed it to expand ‘steadily’, and it’s always seeking new areas to expand into. Farming Simulator has been released on all major platforms, from obvious ones like PC and iOS, to even the 3DS and Vita.

When it comes to what’s next, Rabl is coy. He expects the community to continue growing, pointing to the success of SCS Software’s Euro Truck Simulator as evidence that there is still room for Farming Simulator to expand.

Yet considering the game’s aim of creating a realistic depiction of farming, allowing people to breed livestock, grow crops and sell goods, surely virtual reality would be a promising area for this game? And not just Farming Simulator, but the VR industry as a whole?

Rabl concludes: “VR is an interesting technology, but in many cases you can’t just simply transfer an existing non-VR game without adapting controls, UI or even features to the new environment. Our developers are of a curious nature and are always eager when they hear about some new technology, but as of now there’s nothing we can say about it.”