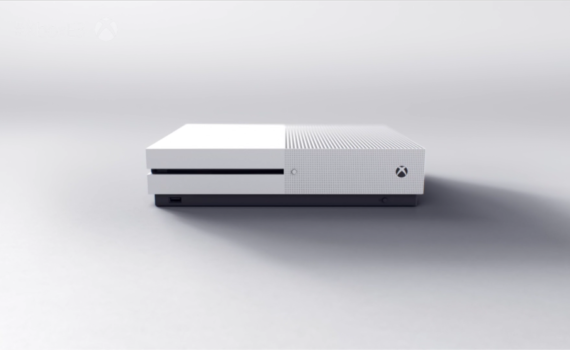 2016 will be viewed as a tipping point for Xbox One. That’s according to Xbox UK marketing chief Harvey Eagle, who says that this was the year the brand ‘got its mojo back’. The exec cited strong sales of Microsoft’s slimmer and cheaper Xbox One S SKU, which hit shelves in September, as well as reception to its games.

The Xbox One has always sold strongly, outperforming its highly-successful predecessor in terms of growth after launch. However, it has still trailed behind PlayStation 4 in terms of total units sold. But the new Xbox One S has helped Xbox One be the best-selling hardware in the UK for September and October.

“It’s been a really good year so far, both in terms of sales and the reception to our new products – both consoles and games,” Eagle said.  “We’re really pleased. Xbox has got its mojo back. I think we’ll look back at 2016 as a tipping point for Xbox One.”

He continued: “We couldn’t be happier with how [Xbox One S’ release] has gone so far. Since launch, Xbox One S has been Britain’s best-selling console in 2016. It’s a great product with great design and its 4K capabilities have been resonating really strongly.

“We have a great selection of console bundles for those who have been buying for the first time. FIFA, Minecraft, Battlefield… whichever one you want with your console is a very strong option for consumers. We have some great exclusive games that are only playable on Xbox One. Lastly, the price point for Xbox One S is more attractive than ever for families and gamers.”

Eagle is eager to continue this momentum into 2017, when the company is launching its new super-powered Project Scorpio console. “For us, it’s now important to build on the strong foundation we have established this year,” he said.

“Momentum is very important in this industry, it gives confidence to retailers, to publishers, to consumers that they are making the right choice. That gives us a great platform for next year. We’re excited to see what 2017 will bring. We have Scorpio coming. There are more opportunities for gamers to play on both PC and console through our Xbox Play Anywhere feature, more great games coming out including Halo Wars 2, Scalebound and Sea of Thieves. There’s a lot for titles to look forward to next year with Xbox.”