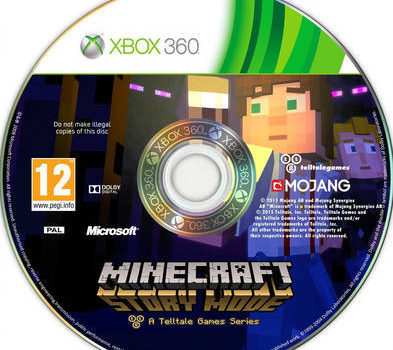 Conventional wisdom would have it that physical formats in the entertainment business are utterly doomed.

Certainly the games business has been the leader in the revolution. Our annual ERA Yearbook first reported that digital had eclipsed physical as far back as 2013. And yet, physical formats refuse to die.

Latest evidence comes in the form of the twelfth wave of ERA’s consumer tracking survey, which has taken place every quarter for the past three years, with between 1,200 and 1,800 respondents in every wave.

The fact is that the purchase of physical console games remains remarkably resilient.

Interestingly, respondents revealed that most are only occasional buyers. Even the most committed gamers rarely buy more than once a month (just 4.5 per cent). A third buy less than once a year and another third buy only once or twice a year.

With two thirds of buyers investing in less than two games a year, it could just be that if publishers were to spread releases out a little bit more throughout the year, the chances of tempting consumers into the market might well increase.

What is most striking from our survey, however, is the data on format preference. A massive 77.1 per cent opted for the physical alternative.

With digital attracting just 22.9 per cent of respondents overall, it is clear that digital is far from winning the hearts of Britain’s gamers.

When respondents are classified by social class, it is C2s (skilled manual workers), the biggest buyers of games overall, who skew the most (84.2 per cent) in favour of physical.

When quizzed on the reasons why they prefer to buy hard copies, the Top Five answers are tangibility on 23 per cent, permanence and security on 16.5 per cent, convenience 12.9 per cent, habit 11.6 per cent and the ability to trade titles for other games on 7.7 per cent.

It is clear that hard discs have attractive traits which digital struggles to replicate.

“By far the greatest number of potential gamers are physical buyers who are price conscious and buy only occasionally.”

So what do we make of all this?

Digital skews towards wealthier male gamers, the group most likely to be among the keenest buyers.

One possible conclusion is that games publishers have become more and more dependent on the most committed, digital savvy and wealthiest gamers.

One final question, which may support this analysis concerns when buyers are most likely to buy. Compared with pre-ordering (10.5 per cent) or upon release (20.7 per cent), a massive 68.8 per cent responded that they wait until “after the price has dropped”.

By far the greatest number of potential gamers are physical buyers who are price conscious and buy only occasionally.

Digital formats provide huge opportunity for the development of the market, but it may well be that a focus on digital to the exclusion of its mass market physical equivalent could be leaving huge amounts of money on the table.

Wouldn’t it be nice if we could begin to tap into that mass market again?